Elizabeth Line/Crossrail – Europe’s biggest infrastructure project, the new high frequency, high capacity railway for London and the South East. Rail transport in London is going through a period of massive enhancement. The scale of the projects is unprecedented. None bigger than the Crossrail project with nine brand new stations being constructed and 42Km of new tunnels. This, when completed, will add a further 10% overall capacity to the London rail network. L.B. Foster is fulfilling an essential role as part of the large subcontract workforce on Crossrail, with our 350 diverse and skilled project teams, working day and night to deliver a critical infrastructure project, on time and within budget. Driving value through innovation, technology, technical skills and developing robust design solutions. LB Foster have routinely picked up on scope gap, and been asked to deliver these added works in addition to our contracted works:

L.B. Foster has been contracted by ATC (Alstom TSO Costain) to gland, terminate and test over 7000 cables including SWAs, FP600 (multi core control and power) and fibers that were installed in 18 different locations including tunnel portals, SERs, stations, shafts and running tunnels incorporating various systems.

We are delivering these works at 18 locations including the nine new stations,3 new vent shafts and 21 cross passages located in the running tunnels.

During the early phases of the tunnel works it became apparent that the CMS with in the cross passages was not going to fulfill the needs for the cabling and glanding works.LB Foster where then instructed to carry out the redesign and reworks of the CMS in the 20 number cross passages. During these works, once we had shown our capabilities we were then further instructed to carry out CMS works on all of the 18 locations this was due to scope gaps and to also mitigate program delays.

The interfaces involved with the G&T project also had its challenges with our labour having to undertake multiple inductions for various PCs. LB Foster also had to produce separate H&S documentation to meet each of the PCs requirements.

In addition to the CMS that we were instructed to carryout, we were also instructed to carry out all of the earthing and bonding on all of the TVS works and to also gland and terminate all of the station supplies serving the TVS systems, This involved cables from 185mm SWA 4 core up to 300mm SWA 4 core. All of these works were instructed to again mitigate program delays and to assist with early dynamic testing. L.B. Foster performed all of the testing on the cables installed from SWA to the fibers in the SERs and producing all of the documentation associated with this including, ITPs, QAD sheets and various test sheets for each cable type and system.

“The WPB glanding and terminating team carried out an outstanding job, with what was delivered to them by the systemwide cable installation teams and against all odds delivered on time” 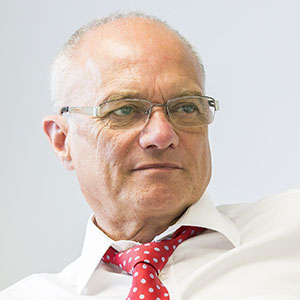