Leaves on the line, fact or friction?

Is the idea of ‘leaves on the line’ a myth perpetuated by the press or a mission-critical issue for the rail network? Now our Traction Gel Applicator (TGA) is attracting attention from network operators and owners alike

Wet leaves are sucked onto railway lines by the turbulence created by passing trains. This is a particular problem for the rail sector in autumn when trees shed their leaves. Leaf fall is compressed by the weight of train wheels, depositing a thin, black layer of leaf residue on the rail. When this comes into contact with rain it becomes incredibly slippery, giving rise to the much-derided issue of ‘leaves on the line’.

The resulting impact of leaves on the line on rail services is lengthy delays and costly cancellations, as trains have to accelerate more slowly and decelerate over greater distances. So what can be done to alleviate this issue?

Tony McEwen Sales Manager of L.B. Foster Rail Technologies, explains: “Adhesion between vehicle wheels and rail is dictated by top of rail surface conditions and contamination. Our Traction Gel Applicator (TGA3) distributes traction enhancing material directly to the position on the rail where it is required. “Where you have an issue of low adhesion, such as leaves on the line, it results in braking and traction problems. This leads to potential signal failures caused by loss of track circuit detection, as well as station overruns and insufficient traction on inclines and declines.

“So far this year we have had unprecedented orders for our TGA3 from Network Rail for installation at locations across the UK. These are in readiness for all that the adverse autumn weather has to throw at the network.

“Furthermore, our team of friction management experts has developed ALLEVIATE®, a unique, traction enhancing material that combats both seasonal and all year round adhesion issues. In the autumn, loss of traction from seasonal leaf fall creates a slippery surface on running rails. But also throughout the year, there are certain areas of track where traction is an issue; for example, wet rail syndrome or where vehicles have to travel up inclines/declines. Both these adhesion issues can result in train delays, operational disruption and wheel damage.”

Our new formula ALLEVIATE® has been scientifically developed in partnership with The University of Sheffield for use in the L.B. Foster Rail Technologies’ TGA3, as well as other systems such as Multi-Purpose Vehicles (MPVs).

The formulation of ALLEVIATE® is supported by extensive analysis at all stages of the development project, including field trials, laboratory study and performance testing on the SUROS twin disk machine at the University of Sheffield.

New to the market is a special, high performance, low-temperature formula called ALLEVIATE® LT. This is specifically for use in environments subject to extreme temperatures, as low as minus 15 degrees Celsius.

The BBC produced a very informative video on the subject, watch below: 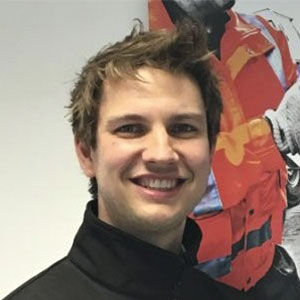